To share your memory on the wall of Suzanne Lauritano, sign in using one of the following options:

To send flowers to the family or plant a tree in memory of Suzanne Lauritano (Beaudin), please visit our Heartfelt Sympathies Store.

Receive notifications about information and event scheduling for Suzanne

There are no events scheduled. You can still show your support by sending flowers directly to the family, or planting a memorial tree in memory of Suzanne Lauritano (Beaudin).
Visit the Heartfelt Sympathies Store

We encourage you to share your most beloved memories of Suzanne here, so that the family and other loved ones can always see it. You can upload cherished photographs, or share your favorite stories, and can even comment on those shared by others.

Thank you, Rali. What a truly lovely act of remembrance. It brings great comfort. Much gratitude to you and Jen and your family.
RW

Posted Jun 13, 2020 at 06:31pm
I am sad you have lost such a bright light and I know you gave her the most quality life to the end. Many blessings to your family in this time of loss.
Comment Share
Share via:

Posted Jun 13, 2020 at 05:57pm
I met Sue when I went to work for Franklin County Adult Basic Education in September, 1994. We attended many adult education conferences and workshops over the years and we became best friends as well as co-workers. We were sitting in Meeting House Park one evening waiting for the Old Crow Indian Band to start playing when she said, "You were a hard person to get to know but I knew you would be worth it." Sue saw through my wall of shyness and thought I was worth knowing! I learned so much from her. What I value the most though, is her sense of humor and enjoyment of life no matter what was happening around us. I am a better person because Sue saw something in me that I didn't know I had.
Comment Share
Share via:
TL

Thank you for sharing that lovely memory of my mom, Sharron. You were such a dear friend to her. 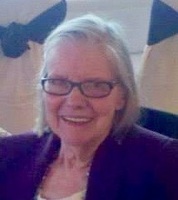 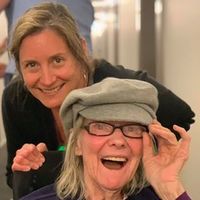 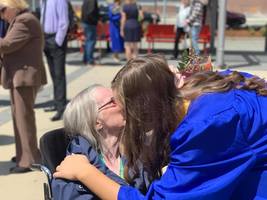 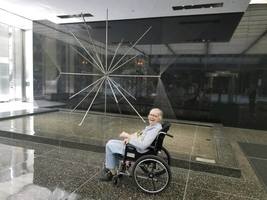