To share your memory on the wall of Steven Lewis, sign in using one of the following options:

Cremation cared for by Wiles Remembrance Center: Adams-McFarlane Chapel 137 Farmington Falls Rd. Farmington. A private memorial service will be held at a later date. Donations in Steve's memory should be made to Titcomb Ski Club or to the Titcomb Educational Foundation PO Box 43, Farmington, ME 04938, or to the charity of your choosing. A kind word may be left in his Book of Memories at www.wilesrc.com
Read Less

To send flowers to the family or plant a tree in memory of Steven Lewis, please visit our Heartfelt Sympathies Store.

Receive notifications about information and event scheduling for Steven

There are no events scheduled. You can still show your support by sending flowers directly to the family, or planting a memorial tree in memory of Steven Lewis.
Visit the Heartfelt Sympathies Store

We encourage you to share your most beloved memories of Steven here, so that the family and other loved ones can always see it. You can upload cherished photographs, or share your favorite stories, and can even comment on those shared by others.

Posted Nov 17, 2020 at 06:38pm
Uncle Ed, Aunt Jan and Family, We were So Sorry to hear of Stevie’s Passing. Our Thoughts and Prayers are with You All! May God Bless and Take Care.
Love, Bob & Rita Mendell and Family
Comment Share
Share via:
DL

Posted Nov 17, 2020 at 12:08am
May his soul rest in peace. Deepest sympathy to the the whole family. Cherish the memories. There were sure a lot of good ones!
Comment Share
Share via:

Posted Nov 16, 2020 at 02:36pm
Deepest condolences to the family. Steve was a beautiful soul who had a heart of gold. So many memories to cherish. He will be truly missed.
Comment Share
Share via:
TF

Posted Nov 16, 2020 at 11:34am
We’re so sorry for your immense loss.. Sending prayers and love to all of Steve’s family and his huge circle of friends. From the Murphy family - Maura, Celia, Kala, Chris, and Mary.
Comment Share
Share via: 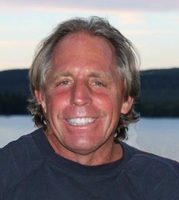 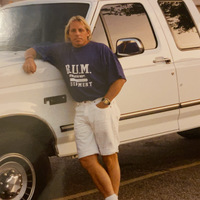 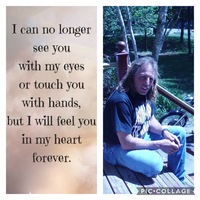