To share your memory on the wall of William Leighton, sign in using one of the following options:

To send flowers to the family or plant a tree in memory of William "Bucky" Leighton Jr., please visit our Heartfelt Sympathies Store.

Receive notifications about information and event scheduling for William

We encourage you to share your most beloved memories of William here, so that the family and other loved ones can always see it. You can upload cherished photographs, or share your favorite stories, and can even comment on those shared by others.

The McCarthy family, Love, Mummer, and other have sent flowers to the family of William "Bucky" Leighton Jr.
Show you care by sending flowers

We are saddened to learn of the loss of such a good kind man. You all are blessed with the many cherished memories to keep you going strong.

Posted Jul 31, 2020 at 04:31pm
Bucky was a 'larger than life,' individual. I went all through school with him and always remember his smiles and laughter. I was so glad to see him at our 50th class reunion and also at a couple of recent class luncheons. Rest in Peace Bucky, you were a great person who will be remembered and loved by many.
Comment Share
Share via:

Donna, Thank you for sharing your memories. I'm glad to know that he made a lasting impression.

Posted Jul 31, 2020 at 08:45am
Sorry to hear of Bucky's passing. We are the new owners of upta camp at Gull Pond and his spirit continues on there now. So fortunate to have crossed paths with such a special individual. Grace us with your presence buddy anytime in the cool breezes off Gull pond.
Ed n Shelley Bronish.
Comment Share
Share via:

Ed & Shelley, He was very happy to know that new memories are being made "upta camp!"
DT

Posted Jul 30, 2020 at 09:59am
Rest well Bucky. We enjoyed eating at The Cabin when you were operating it. I was so surprised at Wiles when you opened the door at a visitation--I called you "The Deacon" ever since. Always had a smile. Donna & Butch Towle, Dixfield
Comment Share
Share via:

Donna and Butch, Thank you for sharing your kind words. He would have loved being called The Deacon! It would have made him smile.
H 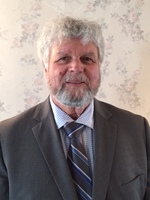 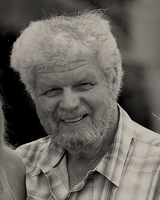 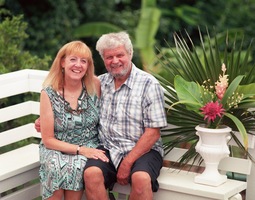 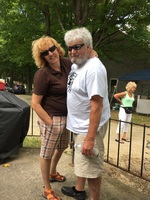