To share your memory on the wall of Steven Kempton, sign in using one of the following options:

To send flowers to the family or plant a tree in memory of Steven Kempton, please visit our Heartfelt Sympathies Store.

Receive notifications about information and event scheduling for Steven

There are no events scheduled. You can still show your support by sending flowers directly to the family, or planting a memorial tree in memory of Steven Kempton.
Visit the Heartfelt Sympathies Store

We encourage you to share your most beloved memories of Steven here, so that the family and other loved ones can always see it. You can upload cherished photographs, or share your favorite stories, and can even comment on those shared by others.

Posted Jul 10, 2020 at 12:28pm
I miss u so much it been a week and it feel like yesterday not zeen u every day and making u dinner I feel lost but j R I P LOVE U AND MISS U
Comment Share
Share via:
S

Posted Jul 08, 2020 at 06:34pm
I’ve none Steve for a very long time. He would come into where I worked after a very long hard days work and get some supper. He was always smiling and very generous. I didn’t care who you were what do you needed he was willing to help you out. That there is a one of a kind now a days. You sure will be sadly missed by all. Love you always. ❤️❤️ Fly high do a lot of hunting and fishing up there. See you again someday.
Comment Share
Share via:
T

Posted Jul 07, 2020 at 05:14pm
Steve
Where do we start when it comes to saying bye I don’t like goodbyes just see you again ty for the life lessons the fly fishing pole and teaching me about fly fishing our last visit even though short was still a very good one rest easy now love Tracy

P.s please people this is not the place to put others down it’s all about remembering a man we all knew and loved thanks
Comment Share
Share via:
MS

Posted Jul 06, 2020 at 01:57pm
STEVE R.I.P. THANK U FOR ALL THE GOOD TIMES. AND I AM GLAD I WAS THERE WENT U NEED SOME ONE TO TAKE OF U WHEN THERE WAS KNOW ONE ELSE AND MY MY FAMILY MADE SURE U HAD GOOD HOLIDAY AND I ALWAYS MADE YOUR BIRTHDAY GOOD ALSO. TAKE CARE AND I WILL LOVE U ALWAYS YOUR SON WAS SUPPOSE TO CALL ME BUT U KNOW WHAT HE LIKE. BUT GOOD BY TAKE CARE LOVE U BRENDA

You will be missed my friend.. R.I.P Steve 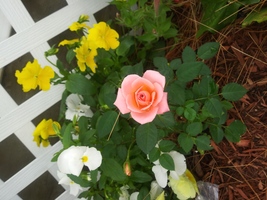