To share your memory on the wall of Roger Plaisted, sign in using one of the following options:

To send flowers to the family or plant a tree in memory of Roger Plaisted, please visit our Heartfelt Sympathies Store.

Receive notifications about information and event scheduling for Roger

We encourage you to share your most beloved memories of Roger here, so that the family and other loved ones can always see it. You can upload cherished photographs, or share your favorite stories, and can even comment on those shared by others.

Posted Aug 10, 2020 at 11:32am
I, too, graduated from the University of Maine in Orono, and I knew Roger and Ruby from college, but just as much from post-graduate years. My first husband and our son and I lived for a time in Boston suburbs such as Belmont, Cambridge, and Watertown and got together fairly often to play bridge. In the 1990s Roger and Ruby came to our cottage on Raymond Pond in Maine for cookouts, etc. They also visited us at our home in Virginia Beach, VA, and we visited them at the farm. Although we had lost touch in recent years, I still think of them as friends and remember fondly our times together. My sympathy to their family. Sincerely, Jeannine Macomber Hunter.
Comment Share
Share via:
L

Posted Jul 25, 2020 at 10:46pm
I got to know Roger over the past decade through the game of bridge. Roger was a good player, but an even better person. He was great to have both as a partner and an opponent as his attitude and demeanor were always positive. I feel lucky that the last time I played cards with him this winter I got to be his partner. I enjoyed reading the obituary and learning about his life before retirement.
Comment Share
Share via:
L

Thank you, playing bridge was one of my Dad’s favorite things to do, running the Bridge Group meant a lot to him, and Thank you for always going out of your way to help be there for if whether it was having it at the farmhouse or at the rehab you still held Bridge, and he love it, and the friends he made too, Thank you.

Posted Jul 12, 2020 at 11:25pm
I spent time with R & R years ago at the farm house visiting AND when they came to visit us in AZ. I loved their Christmas letter and we got mentioned many time.. it felt like an exclusive newspaper. Haha! I miss laughing about the bird that got accident got called "ask Rob". George Meader asked Ruby if she knew what kind of bird they saw. Ruby replied "ask Rog" so George not hearing things well thought the birds name was askrob.
Comment Share
Share via:
L

Thank you, that is a funny memory, the trip to AZ was one of their biggest adventures, they really didn’t travel much, thank you for being part of their big adventure

Posted Jul 11, 2020 at 09:30am
dear plaisted children--i was so very sorry to hear of your father's passing. he was a lovely man, a very kind person. such a hard thing for you to take so soon after your mother's. ellen santana, a neighbor
Comment Share
Share via:
L

Thank you for your kind words, and all you have done as a neighbor 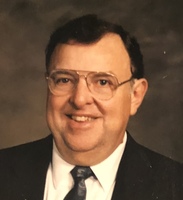 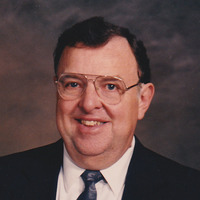 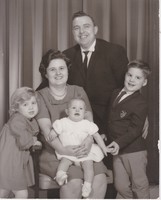