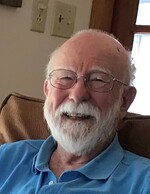 Malcolm L. Bransky “Mick”, 82, of Vienna died January 3, 2021 at his home following a long illness. He was born February 9, 1938 in Chicago, Illinois, the son of Walter and Helen (Lindner) Bransky.

Mick attended schools in Illinois and completed his undergraduate and graduate training with a doctorate of education. He came to Maine to visit on vacation and fell in love with the area. While he was here, he visited the University of Maine in Farmington and obtained a position on the academic staff. He taught Early Childhood Education for nearly 25 years before retiring. He also had a small practice as a Licensed Marriage and Family Therapist.

Mick met his wife Betsy in 1997. They married in 1998 and moved into Micks home together in Vienna. His true joy came from puttering around their property, doing maintenance and “getting wood in”. Mick was a wonderful man; patient, kind, thoughtful, understanding and caring. A bright light in Vienna has gone out and he will be greatly missed.

He is survived by his wife Elizabeth Bransky of Vienna, his brother, Jeffrey Bransky of Chicago, Illinois; two step sons, Joshua Butler of the greater London Area, UK and Caleb and his wife, Erica, of Randolph, Vermont; and two grandchildren, Aila and Quentin. He is predeceased by his parents.

Cremation is cared for by Wiles Remembrance Center: Adams-McFarlane Chapel, 137 Farmington Falls Rd, Farmington. Donations may be made in his memory to the Vienna Union Hall, 81 Kimball Pond Rd, Vienna ME 04360, or to Mt. Vernon Food Bank 321 Pond Rd. Mt. Vernon, ME 04352. A kind word may be left in his Book of Memories at www.wilesrc.com