To share your memory on the wall of Leslie Robbins, sign in using one of the following options:

To send flowers to the family or plant a tree in memory of Leslie Robbins, please visit our Heartfelt Sympathies Store.

Receive notifications about information and event scheduling for Leslie

There are no events scheduled. You can still show your support by sending flowers directly to the family, or planting a memorial tree in memory of Leslie Robbins.
Visit the Heartfelt Sympathies Store

We encourage you to share your most beloved memories of Leslie here, so that the family and other loved ones can always see it. You can upload cherished photographs, or share your favorite stories, and can even comment on those shared by others.

Posted Jul 10, 2020 at 10:19am
I used to work at his corner store - he was always one of my favorite customers - ready with a smile and kind words. He will be missed.
Comment Share
Share via:
DS

Posted Jul 09, 2020 at 08:31pm
So many memories of nights/weekends spent at the Robbins household when I was a teen. Les was a good man and always made me feel welcome in his home. Hugs to the family and much love.
Comment Share
Share via:
KW

Posted Jul 09, 2020 at 12:55am
You were such a riot always joked but everytime I saw u in Irving I would go sit with u for a bit an get one of ur wonderful loving hugs... When I took photography in high school I knew I had to have a picture of u with one of ur favorite Mac trucks... An I have had it framed an on my wall ever since then... You will be forever missed until we see u again love u always! (It wont let me post the picture on here😥)
Comment Share
Share via:

Posted Jul 08, 2020 at 11:11pm
I was blessed to know Les from the time I was about a year old💖 It would be impossible to share all the memories I have, so I'll just sit down and have a cup of coffee ☕
Comment Share
Share via: 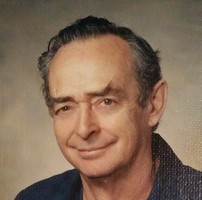 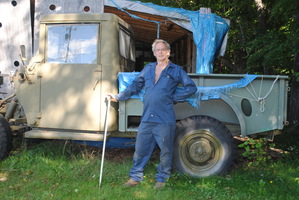 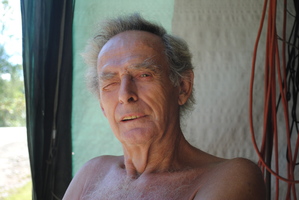