To share your memory on the wall of Jerald Cerra, sign in using one of the following options:

He was born in Stockton, California on October 6th, 1948,
the only child of Donald and Jacqueline Cerra. At the a... Read More
Jerald "Jerry" D. Cerra, 71 of Wilton, Maine died
unexpectedly Friday August 14th of natural causes.

He was born in Stockton, California on October 6th, 1948,
the only child of Donald and Jacqueline Cerra. At the age
of 6 he and his parents moved to Anchorage, Alaska before
it had even become a state. Jerry and his parents were
living in a cabin in Anchorage, Alaska during the 1964
Good Friday earthquake. He graduated from West Anchorage
high school in 1966. October 1966 he enlisted in the U.S.
Navy where he proudly served for 7 years. He was happiest
during the years he spent at sea.

After his honorable discharge from the Navy he returned
to Alaska where he worked for the National Weather
Service residing in Bethel, Nome,and then Fairbanks, as
an electronic technician. Next he worked as an airway
transportation system specialist for the Federal
Aviation Administration in Fairbanks retiring in 2004.

On December 6, 1993 he married his wife, Irene Howe. He
thoroughly enjoyed their time spent fishing and boating
on the beautiful waters of Prince William Sound. In 2004
he puchased his retirement boat in Bellingham, Washington
and he and his wife took an adventure of a lifetime and
motored it up the inside passage from Bellingham to
Valdez, Alaska. He also enjoyed riding his Harley
Davidson motorcycles and Trike.

In October of 2012 he moved from his beloved Alaska to
their retirement home in Sequim, Washington with the
family cat, Needles. His wife joined him after retiring a
few months later. In March of 2018, the family moved to
Wilton, Maine to be closer to Irene's family.

Jerry enjoyed traveling, trips included Hawaii, Las
Vegas, Reno, Mexico, Aruba, and Puerto Rico. He also
liked playing slots, darts, camping, and snowmobiling.
He was a former member of the American Legion and U.S.
Coast Guard Auxiliary. He was known for his dry wit and
for being very meticulous.

He is survived and missed by his wife Irene of Wilton,
his father in-law Edwin Howe of Bryant Pond, brother and
sister in-law Wayne and Marilyn Howe of Bryant Pond,
nephew Christopher Howe and his fiance' Tonia of Auburn,
niece Bethany Emerson, her husband Fred and children
Laurel and Grant of Gorham, and nephew Jared Howe of
Bethel, and their two special kitties Shadow and Mittens.

He was predeceased by his parents and his mother in-law
Elouise Howe.

Jerry requested no services, but please enjoy a favorite
beverage in his memory. If desired, donations can be made
to your favorite animal rescue group. Memories and photos
may be shared in his Book of Memories at www.wilesrc.com.
Cremation care has been provided by the Wiles Remembrance
Center-Adams~McFarlane Chapel of Farmington.
Read Less

To send flowers to the family or plant a tree in memory of Jerald "Jerry" Cerra, please visit our Heartfelt Sympathies Store.

Receive notifications about information and event scheduling for Jerald

There are no events scheduled. You can still show your support by sending flowers directly to the family, or planting a memorial tree in memory of Jerald "Jerry" Cerra.
Visit the Heartfelt Sympathies Store

We encourage you to share your most beloved memories of Jerald here, so that the family and other loved ones can always see it. You can upload cherished photographs, or share your favorite stories, and can even comment on those shared by others.

Posted Sep 09, 2020 at 12:49am
Ine,
I worked with Jerry at the NWS over 30 years ago. I was a brand new forecaster and remember meeting him down in the cozy dungeon in the Federal Building in Fairbanks. Jerry spoke his my mind and told me how things were and what to look out for. I will always remember him telling me to keep in mind that without the ETs, we would have no information, and he was absolutely right. Please accept my condolences on your loss.
Comment Share
Share via:
JB 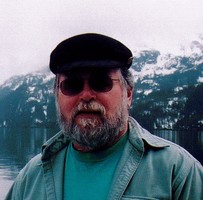