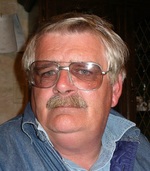 James F. “Skip” Hasty, 67, passed away Thursday Nov. 19, 2020 at his home in Wilton. He was born in Bath, in 1952 the son of Ralph Edward and Bessie Isabelle (Maines) Hasty. Due to his parents moving quite frequently he went to several different schools in Massachusetts and Maine. His last years of education were in Farmington.
Skip spent most of his years working part time for local contractors doing such things as light carpentry, lawn mowing and painting. He worked on occasion as a dishwasher at local restaurants. He also mowed lawns for some of his friends and hauled trash to the dump for many people. He really enjoyed repairing old appliances and selling them or in some case giving them to the needy. Skip enjoyed the flea markets and finding that one great thing to rescue and make usable again.
Skip had a heart of gold and was devoted to his mother and checked in regularly to see if she needed assistance. When his sister Mary was diagnosed with dementia he tried to care for her in his home. He called faithfully every year to sing happy birthday to his sister Pat. Skip loved people and animals and took in any homeless out there that he found in need. He was faithful at his word and if he borrowed money, he always paid it back when he said he would.
Skip enjoyed playing cards with friends and riding around. He especially loved going to the ocean. Skip married Mercedes Drummond in the mid 1970's and they had two daughters. Barbara and Donna Hasty. They were divorced and he spent many years in a relationship with Teresa Robbins. Then in 2014 he married Cindy Cook and they resided in Wilton.
He is survived by his devoted wife Cindy Cook Hasty. His two daughters Barbara A. Hasty and Donna J. Hasty Chesner. One brother Sonny Hasty of Jay, sisters Mary Webb of Farmington and Patricia A. Schanck and husband Vern also of Farmington. Many nieces and nephews. He was predeceased by his parents.

Cremation cared for by Wiles Remembrance Center: Adams-McFarlane Chapel 137 Farmington Falls Rd. Farmington. Interment will be at Lakeview Cemetery in Wilton at a later date. A kind word may be left in his Book of Memories at www.wilesrc.com