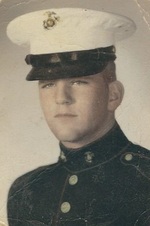 Edward M. White, 81, of Rangeley, died December 14, 2020 at his home in Rangeley. Ed was born in Cambridge, Massachusetts to Benjamin and Catherine (Ryan) White, the oldest son in a family of six children. He grew up in Cambridge and Somerville, MA but always loved the country. He was very proud of his three years of service in the United States Marine Corps. He and his wife Diane moved to Rangeley in the summer of 1977 and never left. His passion was fly fishing, exploring backcountry roads, camping, and repairing clocks and watches.

He leaves behind his wife Diane of 44 years, grandson Michael, granddaughter Nicole and great-granddaughter Gianna. Also a sister-in-law Margaret, and many nieces, nephews and a life-long friend Carol Sullivan in Arizona. He also leaves behind the many good friends he made in Rangeley. His only daughter Cynthia died at the age of 44 of breast cancer.

Arrangements are cared for by Wiles Remembrance Center: Adams-McFarlane Chapel 137 Farmington Falls Rd. Farmington. A kind word may be left in his Book of Memories at www.wilesrc.com