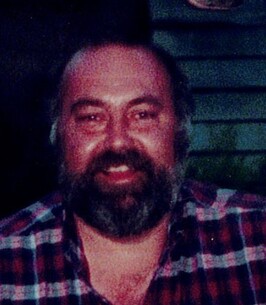 Maine – David M. Deberadinis, 66, of Farmington, died unexpectedly at his home on March 12, 2022. He was born in Marlboro, MA, Aug. 23, 1955, a son of Leo and Bertha (Gaumond) Deberadinis and graduated from Tahanto Regional High School in Berlin, MA in 1974. While living in Northboro, MA, he worked as a commercial property manager for William J Callahan for several years before moving to Maine in 2004, where he made his home with his wife, Joanne, and their family of fur babies. He enjoyed Nascar and was an avid watcher of Fox News. In his younger years, he enjoyed snowmobiling with his friends and will be remembered for working Sundays at the family bar, The Mansion House in Hudson, MA, where he mixed a mean Bloody Mary.

He is survived by his wife, Joanne (Nickerson) whom he married in 1979 and their pet menagerie; 2 brothers, Harold and his wife, Sandy of FL and CJ and his wife, Carol of MA; a sister, Carol Marchetterre and her husband, Paul of SC; a sister-in-law, Sherry of FL; a still considered sister-in-law, Gail Downing of MA; and a brother-in-law, Robert Nickerson of CA; and many, many nieces and nephews who affectionately referred to him as “Uncle Goon.” He was predeceased by 4 brothers, Richard, Stephen, Kenny, and Lenny; and a sister, Linda Fuller.

Interment will be at St. Mary’s Cemetery in West Roxbury, MA at a later date. Please consider memorial gifts in his memory to the Franklin County Animal Shelter, 550 Industry Road, Farmington, ME 04938. Memories may be shared in his Book of Memoires at www.wilesrc.com. Cremation care has been cared for and provided by the Wiles Remembrance Center of Farmington.