To share your memory on the wall of Constance Main, sign in using one of the following options:

Print
Canton - Constance “Connie” Main, age 85 of Farmington, went home to be with the Lord on October 12, 2020 following a life lived well, full of love and family.

She was born on August 27, 1935, in Farmington, to the late Milton and Beatrice (Getchell) Hutchins. She was the eldest of five children and a 1953 graduate of Farmington High school. Once her children were older she worked as an Outreach worker for the EPSDT/Preventive Health Program in Farmington. She married Jack Main on October 14, 1989. They resided in his hometown of Hortonville, Wisconsin until her father's failing health relocated them to Winthrop, Maine. She worked at Sears in Augusta until retiring. After the passing of her father they returned to Farmington.

Connie lived with two priorities: her love of God and her love of family. She was a faithful member of Henderson Memorial Baptist Church since childhood. It was there that she introduced her love of Christ to her five children, and where she enjoyed fellowship with her loving husband, Jack, who preceded her in death March 14, 2005.
Connie served faithfully in every way that presented itself: a member of the choir to bring a joyful sound; a member of Golden Rule Philathea to engage in Bible study and fellowship; a deacon to provide church outreach; baking and serving others and visiting shut-ins. Connie was quick with a smile and a loving touch; she shared her faith openly and lived with Christ in her heart.

She was a loving and devoted mother, daughter, sister. Connie remained close to her parents until their final hours, giving selflessly to their needs. She eagerly sought out and enjoyed every moment she could with her siblings and their spouses; their laughter always mixing with their stories into a chorus of familial joy.

Connie raised her children with tenderness, the best hugs, and a clever wit that she passed along. She was an avid reader, and a passionate gardener who took great pride in both her flowers, and her fruits and vegetables. Connie was creative and enjoyed using her talents through crochet, needlepoint, music, and painting. Connie put great effort and detail into making a home for her family – devoting many hours creating beautiful spaces; intricately aligning and hanging wallpaper, selecting paint and patterns, sewing clothes, canning produce, cooking and baking, teaching, nurturing.

Although geographically distanced, she remained very much a part of her children’s lives in that she imparted on each of them one, some, or all of her passions in life – and for that they are grateful, as she lives on in them.

After raising her children, Connie enjoyed travel to or with her family to other states as far as Alaska and Hawaii and other countries including Canada, Germany and Mexico. Her favorite location, however, was her home state; where she especially enjoyed picnics in summer, leaf-peeping in autumn, and the first signs of green bursting through the rich Maine soil in spring.

In addition to her parents and husband, Connie was preceded in death by her brother Larry Hutchins, brother in law, Ted Lefebvre, and granddaughters Desiree Lekanoff and Felicia Lorrain.

A Celebration of her Life Service will be held Saturday, Oct. 24 at 11 am from the Henderson Memorial Baptist Church, Academy Street, Farmington where relatives and friends are invited to call one hour prior to the service. The use of masks and social distancing will be observed. Interment will follow at Fairview Cemetery in Farmington. The family asks that those who desire consider memorial donations in her memory to Pinnacle Residential Care to honor those who provided exceptional care for Connie in her final years as she progressed with Alzheimer’s disease. Pinnacle Healthcare Workers Fund, 26 Pleasant Street, Canton, ME 04221. Memories can be shared in her Book of Memories at ww.wilesrc.com. Funeral services are being cared for and provided by the Wiles Remembrance Center: Adams~McFarlane Chapel, 137 Farmington Falls Road, Farmington.
Read Less

To send flowers to the family or plant a tree in memory of Constance Main, please visit our Heartfelt Sympathies Store.

Receive notifications about information and event scheduling for Constance

We encourage you to share your most beloved memories of Constance here, so that the family and other loved ones can always see it. You can upload cherished photographs, or share your favorite stories, and can even comment on those shared by others. 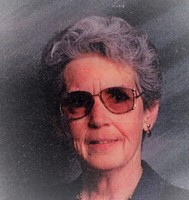