To share your memory on the wall of Charles Hartwell, sign in using one of the following options:

To send flowers to the family or plant a tree in memory of Charles Hartwell, please visit our Heartfelt Sympathies Store.

Receive notifications about information and event scheduling for Charles

We encourage you to share your most beloved memories of Charles here, so that the family and other loved ones can always see it. You can upload cherished photographs, or share your favorite stories, and can even comment on those shared by others.

Posted Jul 04, 2020 at 10:21am
Mike and Family. I'm so sorry to hear of your Dads passing. I enjoyed him when he helped me install a new electrical entrance at our camp. He will be sadly missed. Ed and Joan Small
Comment Share
Share via:
CC

Posted Jul 04, 2020 at 08:22am
I am so sorry to hear of your Dad’s death. You all are in my thoughts and prayers and I know this is not an easy emotion to deal with. I have so many memories of the fun times we had when our families were close. My love to all of you. Celeste (Maillet) Campbell
Comment Share
Share via:
KM

Posted Jul 03, 2020 at 08:14pm
We are so sorry for your loss..he was a unique man in his own way..he will be missed.
Keep the good memories close to your heart and he will forever be with you. R.i.p. uncle Charlie
Love to all ..Arthur & Kimberly Morse
Comment Share
Share via: 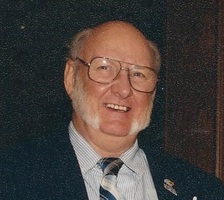