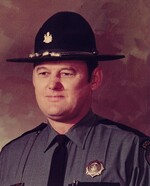 Bow, NH - With deep sorrow, the family of Burchell D. Morrell, 89, of Bow, NH said goodbye to their beloved husband, Dad and Grandfather, who passed peacefully at home on December 21, 2020. Burchell Delbert Morrell, better known as Bob, was born September 10, 1931 in Kingfield, Maine, son of Harland and Zilpha (Taylor) Morrell.
He was educated in the Kingfield school system, graduating from Stanley High School in 1950 and attended Husson College.
Burchell was a veteran of the Korean Conflict, having served three years in the U.S. Army. He enlisted the service in January 1951 and received his basic training in Hawaii. He was assigned to G-3 Administration, IX Corps, in central Korea and was discharged with the rank of Sergeant from Camp Gordon Georgia in 1954.
On September 24, 1953 he married Virginia Trask of Kingfield at the home of his sister and brother-in-law in Bucksport.
He graduated from Tractor Trailer Driving Training School in 1956, at the University of North Carolina, in Raleigh, NC at the top of his class.
In 1960 Burchell graduated from the Maine State Police Academy. His first service was on the Maine Turnpike in the Portland area. Later he and his family resided in Kingfield, Rangeley and Strong as he patrolled the Western Mountain area, including Sugarloaf and Saddleback. He was awarded Trooper of the year in 1979 and retired in 1980. His Mom affectionately called him “Trooper Bob”.
After his retirement he served as a deputy sheriff for Franklin County, owned and operated the B.D. Morrell Trucking business, and later was employed as a tractor trailer operator for several area trucking companies. His CB handle was “Double Agent” identifying his roles as police officer and trucker.
He was a member and past president of the Western Maine Law Enforcement Officers Association. He was an active member of the retired Maine State Police Officers Association and served on its Board of Directors for several years. He was a 34 year member of the American Legion, Roderick - Crosby Post 28 and was a former member of Farmington Elks Lodge 2430.
His favorite sport was baseball and for years participated as a catcher & outfielder for various local leagues. Burchell and his friend Percy tried not to miss their “coffee buddies” at 9 AM at McDonalds, 7 days a week. He faithfully watched the Red Sox and the New England Patriots. He also loved card games, including cribbage and pitch, and was an avid golfer in Maine and Florida where he and Virginia wintered for 25 years.
He is survived by his wife Virginia of Bow, NH, son Michael and daughter-in law Patricia Morrell of Bow, NH; daughter, Marisa Morrell and daughter-in-law Cynthia Dowd of Richmond, ME; two grandsons, Connor of Bow, NH and Spencer of Quincy, MA; Sister-in-law Dorothy Rollins of Augusta, ME; many nieces & nephews and special friends Pat and Gerry Libby of Farmington, ME.
Burchell was predeceased by: brothers Milford, Graden (infant) and Raynard Morrell and sisters Pauline Morrell, Winona Raymond, Nathalie Snow, Beatrice McGrath and their spouses; sister-in-law Joan Ware and husband Phil; brother-in-law Red Rollins and long-time friends Floyd & Evelyn Norton.
Funeral services with military and Maine State Police honors will be held in the late spring with burial at Sunnyside Cemetery in Kingfield. In lieu of flowers, memorial donations can be made to the Maine State Troopers Foundation, 101 Bangor Rd, Unity, ME 04988. Memories may be shared in his Book of Memories at www.wilesrc.com. Funeral services are being cared for and provided by the Wiles Remembrance Center:Adams~McFarlane Chapel, 137 Farmington Falls Road, Farmington.